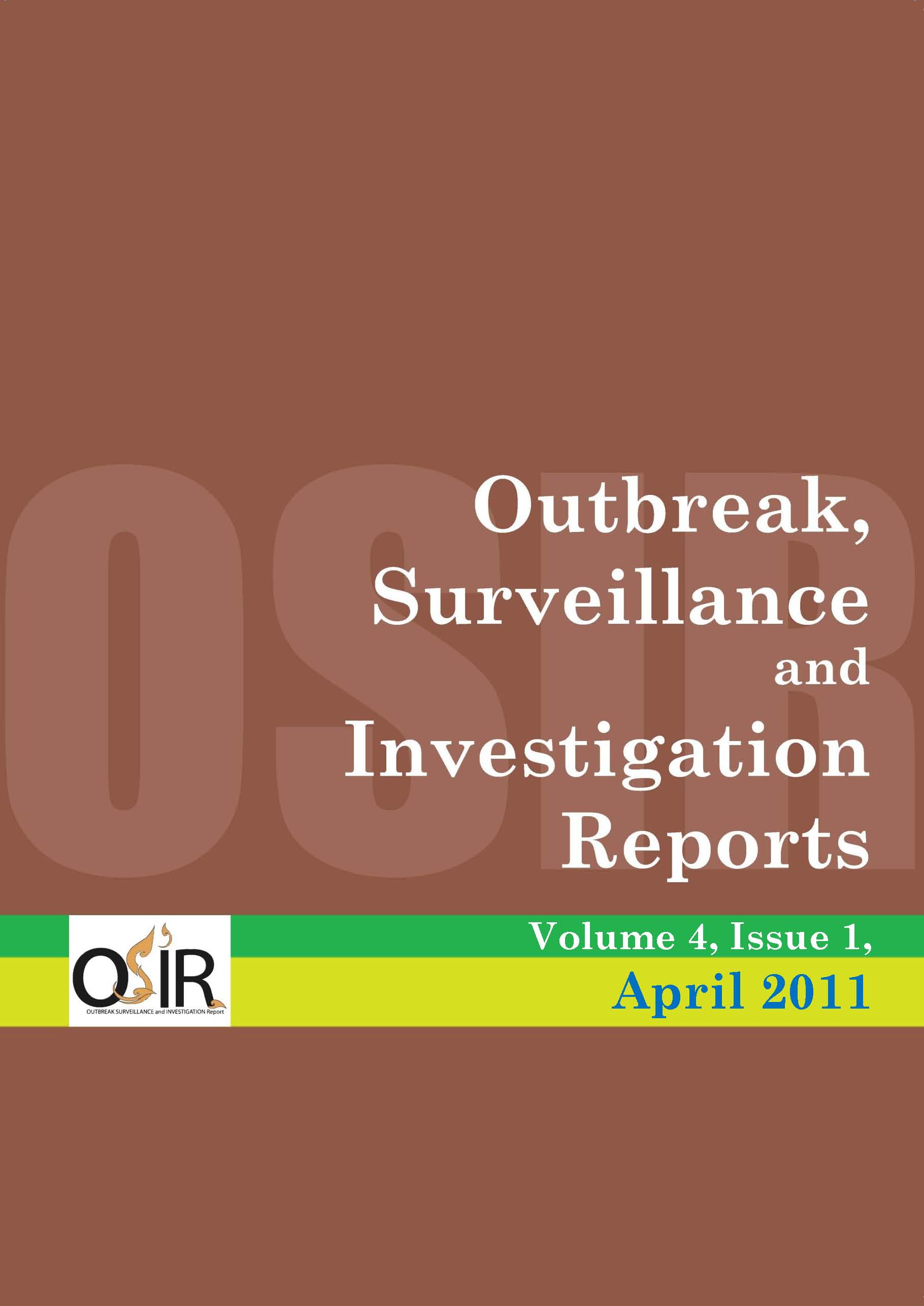 Q fever is a zoonotic disease caused by Coxiella Burnetti. In April 2007, Penang hospital notified a case of brucellosis through the syndromic notification which was later confirmed as Q fever. The patient presented with fever for two weeks and a history of handling the abortus of a goat. An epidemiological investigation was initiated to identify source of infection and prevent transmission. Blood samples from farm worker, contacts and animals from affected and neighboring farms were tested for Q fever. The universal precaution practices of the veterinary and laboratory staff were observed, and their blood specimens were taken for Q fever serology. The patient was tested positive IgM and IgG for Q fever. Out of the 49 blood samples from farm workers, and veterinary and laboratory staff, 12 were positive for IgM, two were positive for IgG, seven were positive for both IgM and IgG,  and 67 (27.2%) of the animal farms were positive for Q fever. There were minimal personal protective equipments used by the veterinary staff when handling the animals. There were goats imported from endemic countries. Prior to this outbreak no screening of imported animals for Q fever from endemic countries was instituted. Overall the farms were kept clean and well managed. All the contacts and animals tested positive for Q fever were treated.