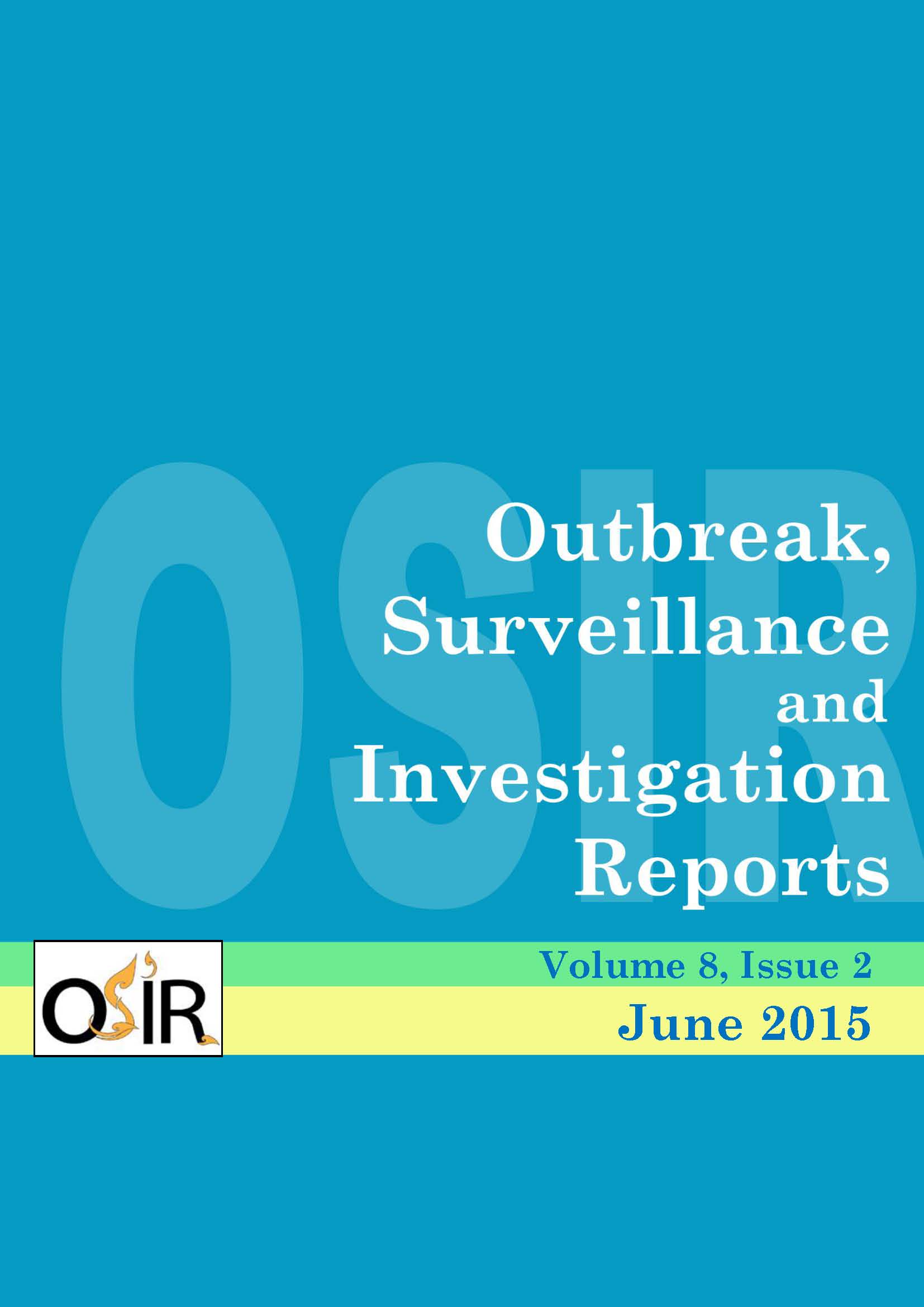 In April 2013, a person was confirmed to have Brucella melitensis in Chombueng District; and Ratchaburi Provincial Health Office notified about this patient to Bureau of Epidemiology. As the patient was a goatkeeper in a farm that had animal movement with other goat farms, active human case finding was conducted. History of goat movement among the related goat farms was explored to identify key persons for disease transmission in the network. Serum samples from 53 goatkeepers in 28 goat farms and two livestock officials who investigated the farm with confirmed case were tested for brucellosis. Only one goatkeeper was identified as a probable case, with attack rate of 1.8%. Goat serum specimens from 12 out of total 34 goat farms were tested positive for Brucella. In egocentric network, 44 nodes were included in the network analysis, including 34 goat farms, four slaughterhouses and six merchant’s goat shelters. Visualization from network analysis was useful to identify goat farm networks at risk of disease spreading. Key person in the network with the highest degree centrality (26) and betweenness centrality (2455.462) was identified as a merchant’s goat shelter with a goat tested positive for brucellosis. Hence, knowledge on brucellosis prevention and control should be disseminated among goatkeepers and merchants in that network. The information should also be used for strengthening communication between goat farmers and local livestock officials.